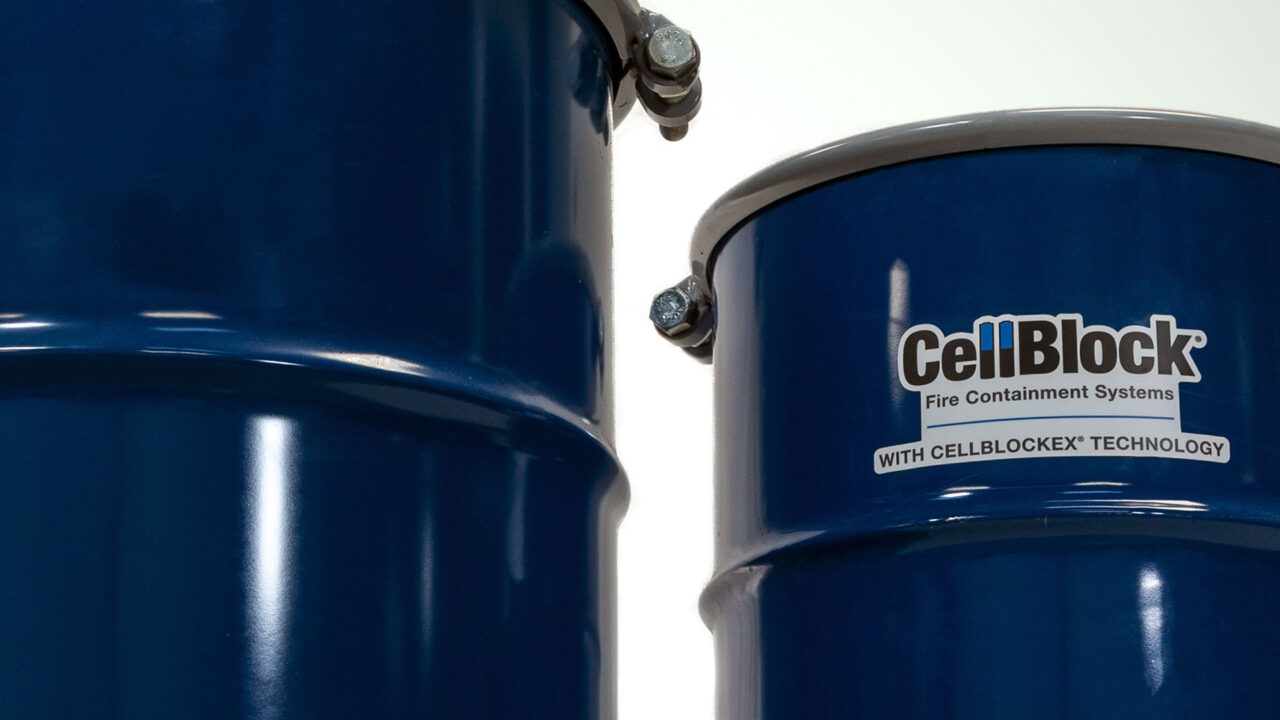 CellBlock FCS steel drums represent a best-practice method for transporting used, spent, damaged and prototype batteries. The unique characteristics of CellBlockEX reduces the probability of ignition of flammable vapors and the release of toxic fumes. When CellBlockEX is used as a packaging filler surrounding the batteries, the likelihood of fire, heat, or smoke being released from the drum is greatly diminished. CellBlock CellSafe Drums with CellBlockEX technology have earned a special permit from the DOT for the transportation of damaged or compromised lithium-ion batteries. In addition to transport, these reusable containers may also be used for storage or emergency management. CellSafe Drum Best-in-class solution for shipping or recycling damaged and non-damaged, recalled, spent, and prototype lithium batteries, as well as mixed use non-lithium — up to 300 Wh UN-rated and certified with CellBlockEX used as the packaging filler Environmentally-friendly packaging uses no vermiculite or mineral oil Ship domestically or internationally Subject to DOT SP-20549 Ship up to 132 lbs (60kg) of damaged batteries CellSafe MAX Drum Designed for high watt hour batteries (over 300Wh) Same features as the CellSafe Drum