Even under the best circumstances batteries can fail. This may be due to battery age, previous damage, or the batteries may be “Grey Market.”  Grey market batteries might not be manufactured in accordance with international standards and thus may have a greater probability to overheat and cause a fire. It has been speculated that the largest contributor to thermal event occurrences is after-market mobile chargers seen frequently in airport shops.

Regardless of the cause, battery fires should be dealt with as quickly as possible. But what is the best protocol? 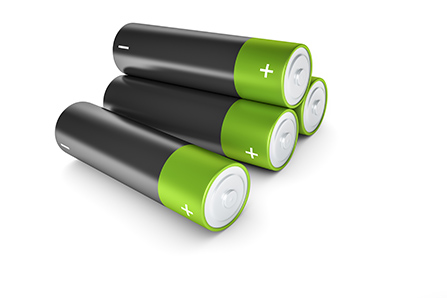 Regardless of the cause, inflight battery fires should be dealt with as quickly as possible. Governing agencies are focused on reducing, mitigating or eliminating the hazards of a thermal runaway, which can include exposure to heat, flames, smoke and the inhalation of toxic fumes. FAA’s SAFO 18003 recommends the expeditious limitation of exposure to smoke, fumes, and odor. Lithium-ion battery fires are particularly problematic, as the application of most extinguishing agents exacerbates the concentration of harmful fumes or chemicals.

Until very recently the application of water or halon has been the recommended action for battery incidents. Water alone, however, does not actually extinguish a battery fire. It is a cooling agent that provides protection from spreading flames while the device exhausts its fuel source. Water on such fires also creates additional smoke, hydrogen gas, and steam with dissolved toxins and oxides of metal. There are also limitations to where water can be applied. It should not be used in sensitive equipment areas, such as the flight deck.

Halon is only recommended for use in extreme circumstances due to its ozone depleting effects. It is also a limited resource, as it is no longer being manufactured for that same reason. It is generally only used when a device is inaccessible. It is useful to knock down the initial flames so a device can be safely approached.

So what do we do?

Since lithium-Ion batteries create their own fuel, how can they be extinguished? If a PED in thermal runaway should not be moved, how can the fire be mitigated? What are the best protocols? We have some answers.

Can you put a device in a “burn bag?” Maybe not.

Several examples of “burn bags” are now available on the market. These bags range from simple fire-resistant envelopes that can be sealed once a device is placed inside, to more robust solutions that use a cooling agent that requires activation.

Devices that are simply overheating or are suspected of damage or imminent thermal runaway might be placed in a burn bag for safety, but what if a device is on fire?

FAA’s InFO 17021 does NOT suggest or recommend moving an on-fire battery or device, as handling an ignited device exposes crew and passengers to serious injury from sudden explosions and fire; ejection of cells; and projectiles of melted metal and plastics. In fact the use of burn bags is strongly discouraged by the FAA in SAFO 09013 (Supplement) (FAA 2009) and Advisory Circular 20-42D (FAA 2014) due to the risk of serious injury to crew when inserting an overheating device into a bag.

If a device is emitting flames or sparks, this fire should be extinguished in-place whenever possible and the use of burn bags should be avoided.

An Alternative to Water, Halon and Burn Bags

Other extinguishing agents (dry) and containment devices that provide adequate protection now exist. The LIBIK is relatively new technology that addresses most major concerns when faced with a battery fire: